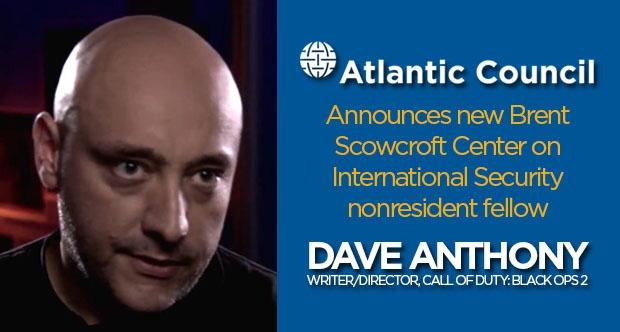 You know I just link to these articles. I don't write them. Just provide a link.

I was unable to find a mention of this lad's military service. Apparently, he doesn't have any. He must be part of the First Israeli Typing Corps Rearguard Strike Team. He will be leading the charge in the talking heads cable television offensive.

Some of you may know I think of myself as an independent games developer despite only finishing a rolling donut game in the past 17 years.

I often have my suspicions about the computer game industry.

They aren't pleasant. I worry that my wildly paranoid fantasies about most of these people being the worst assholes you could even imagine border on delusional thinking. With my limited experience of the lowest bottom feeders in the computer games industry that I have worked with, I have wondered if some of the people in the upper echelon are true monsters. When I saw that airport massacre scene in CALL OF DUTY that my son was playing it made me feel sick it was such an evil, ugly thing to stick into a computer game targeting children.

Privately I have felt that the corporate computer game industry and the media journalists who service them are monstrous, wicked madmen. I judge them by their fruits and their fruits are sour, rotten and diseased.

In the last month I have had my worst suspicions about all of these people confirmed. I almost feel like Young Goodman Brown in the Nathaniel Hawthorne story. It is as if I picked up a rock and saw something so ugly underneath it that it boggles the mind. These people pretend to be humans but it is not a very good imitation. Not at all. They're monstrous.

Let's allow this walking dungheap to convict himself with his own words. Listen to this because it is the real "computer game" industry talking ...


"When we have a new product that has elements that we're not sure how people will respond to, what do we do as a corporation?" he asked, referring to his time as writer and game director on Call of Duty: Black Ops and Black Ops 2.
"We market it, and we market it as much as we can - so that whether people like it or not, we do all the things we can to essentially brainwash people into liking it before it actually comes out."
The forum was organised by the Atlantic Council, a think-tank where Anthony is a fellow in international security. He warned the crowd of the threat of "invasion" from within America's borders, most likely by an Islamic terrorist group, and illustrated the concept with a video that depicted, among other things, a US drone hacked by forces working from Iran and a massacre at a Las Vegas hotel.

Anthony's plea that policy-makers should learn from marketing and promotion in creative industries was linked to what he saw as a potential solution to the issue: stationing undercover US soldiers in schools, much like air marshalls on aeroplanes.
"The public won't like it, they'll think it's a police state," he said, then added, "All of these are solvable problems."

My ancestors have fought in every single major conflict going back to the Civil War for the country he is talking about, probably descended from people who have never fought in any conflict outside of video games. They weren't fighting for this idiot's idea of America. They were fighting for the opposite.

P.S. I realized this article is disingenuous if I don't print the whole truth here, so this is it : a member of that mailing list broke ranks two weeks ago to tell me that the only person hated more than me by the SJWs (Social Justice Warriors) was Brad Wardell of Stardock. This person told me by email that they had decided to classify me as an "unperson" many years ago, agreeing mutually to never give me or my game any more coverage than was absolutely necessary. All of it because of the blog you are reading right now, Vault-Co. The reason I was never the highest on their list is that I have always been a crank and it seemed in the past I would never finish my game, whilst Brad Wardell was a successful and very prodigious developer whose politics were wrong the same way mine are. So they concentrated on nailing Wardell as some kind of Nazi and the enemy of all that is good. As usual, my lack of credibility acted as a kind of insulation against their worst attacks. These people cared a lot about their marxist hardcore lunatic politics but not too much about computer games. I learned recently that one of the ringleaders of this secret Star Chamber of bolshevists, Tom Chick, was diagnosed with Stage 4 throat cancer that has metastastasized, a condition with survivability in the single digits past two years. It is almost identical to what deep throat specialist professional Anti-God botherer Christopher Hitchens recently died of. Those mangoo smoothies are dangerous if you're getting more than four litres a day. Tom Chick has a Masters in Theological Studies he earned before he became an atheist and militant gay activist, so he should have no trouble preparing his arguments when he gets to the Judgement Throne shortly.

(Link to this article courtesy Vault-Co reader)
Posted by Texas Arcane at 4:05:00 PM

"The commercial killer videos had their origins in the military training programs, by means of which the U.S. Army used killing simulators, to overcome the natural reluctance of soldiers to kill...they are "game programs, which represent cruel or otherwise inhuman violent actions against human beings or human-like creatures, and enable the player to participate in displayed violent actions of such a type." Games like these were originally developed for the U.S. military as simulations of war. They have the objective of breaking down the inhibitions which soldiers have against killing, and of increasing their "killer-efficiency."

I've been saying this for the past 10 years: Most of the mainstream game news and review sites are agenda driven. There are noticeable patterns in their scoring and GoTY award selection. Their prime directive seems to be to cheerlead and hype monger for the 'right' kind of games from the right publishers. It's not about quality of product, it's about steering the ship in the direction big industry and/or certain political entities want it to go. You don't ignore games like Kingdom Come or Grimoire (if you pull off everything promised in that initial IndieGoGo trailer) otherwise, while fellating the latest cinemajestic spectacle or indie non-game

About that rolling donut.. How do you activate God Mode? I can't get past level 6.

Of course they're agenda driven: GamerGate.

That's why they destroyed the game industry in the first place so as to make games that only morons who are pliable to social engineering will play them. Just like the movie industry it serves no other purpose these days than to brainwash and condition with crap movies that only morons would actually pay to watch.